Day 2 – valley of the kings

This is the day, we get to see the mummies in their resting tombs, well one mummy anyway.

Most of the famous mummies that were once buried here are at the Egyptian museum- A blog post for another time!

As the bus pulls up to the valley, we are greeted by a driver to drive us up to the entrance. From there, we wonder in to find a seat and are briefed with some information about the afterlife.

I found this intriguing and no less fascinating in regards to how the Pharaohs moved on into the after life.

During the mummification process, the vital organs were removed except the heart, the heart was needed as the soul progressed on once he or she reached their judgement day. Its said that the heart was placed on the weight scales against the feather of justice. If the heart stays up, the soul progresses into the afterlife. If the heart weighs down, and animal of some sort is there and ready to devour the heart. Basically their version if you were good you go to heaven and if you were bad you go to hell.
That is only one step of many in this process. Then there are the 12 gates of which the pharaoh is to pass, 12 gates representing the 12 hours of night. Remember the sun was a god to them , the sun was life. The sun rises from the east and dies in the west. – so philosophical !

Queen Nefertiti’s tomb with King Tuts on the side

King Tutankhamen was discovered 96 years ago. (1922) That is pretty fresh compared to how long they have been there. Give or take 3 thousand years.

As king T was young and died unexpectedly, there wasn’t really a tomb ready for him so it was decided that he will be buried in a tomb near his mothers, queen Nefertiti.

Back then when they discovered the queens tomb, all the natural limestone was put on the side, not realising there was in fact another tomb of her sons king T.

Then the greatest discovery occurred! 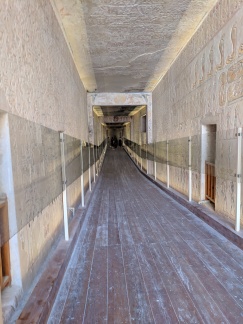 Walking down into one of the tombs

We weren’t allowed to take photos of the inside but I’m hoping the image of his golden casket stays with me forever. His body preserved on one side of the room and his golden sarcophagus on the other.

I was very impressed with today’s expedition and enjoyed learning a bit more and more. 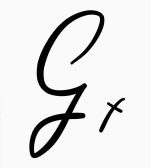